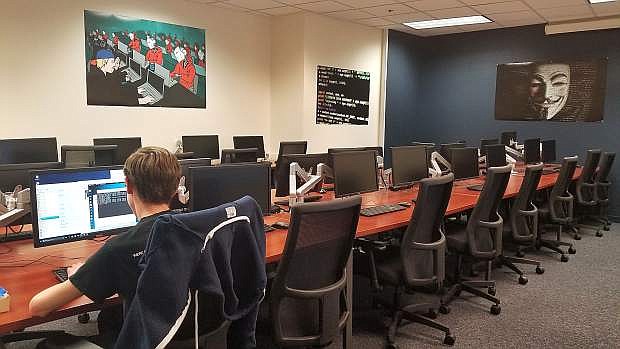 The UNR Cybersecurity Center developed a sandbox lab on campus called the Full Spectrum Cybersecurity Zone, where students can participate in hands-on research testing and training.