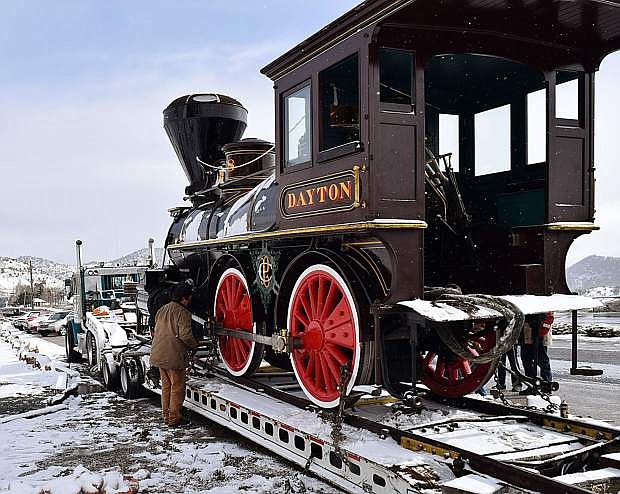 Chris DeWitt, restoration specialist for the Nevada State Railroad Museum in Carson City, checks the tie-downs as the historic 1873 V&amp;T Railroad locomotive the Dayton is readied for transport from the Comstock History Center in Virginia City to the railroad museum in Carson City on Monday, April 16, 2018. Guy Clifton/Travel Nevada