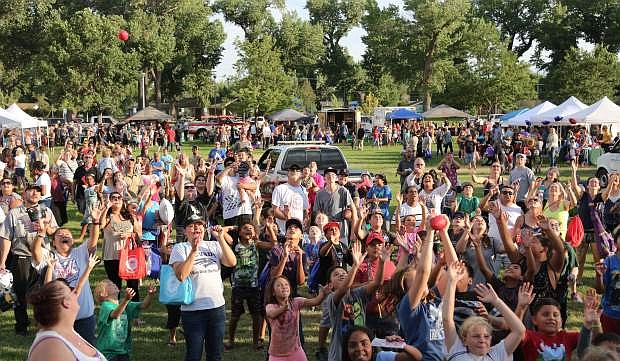 A crowd gathers at a chance to catch a mini-football or tee shirt at the National Night Out event on Tuesday.