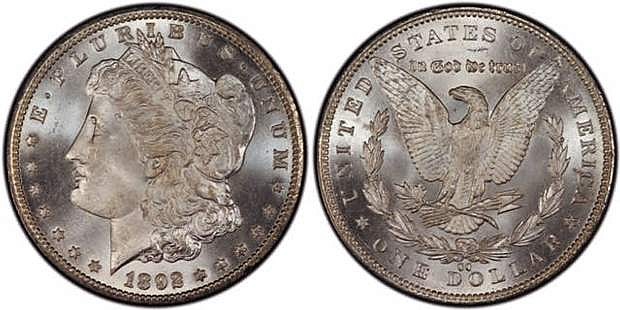 The finest known surviving example of a silver dollar struck in 1892 at the Carson City Mint was among the 14 Carson City silver dollars acquired from an anonymous Nevada collector for $1.2 million by Barry Stuppler of Woodland Hills, California. The distinctive CC mint mark can be seen below the wreath on the &quot;tail&#039;s side&quot; of the coin.