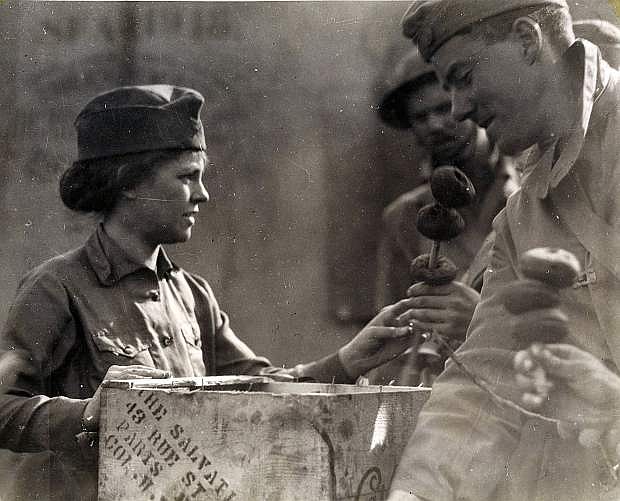 A Salvation Army Doughnut girl serves an American GI during World War I in France.