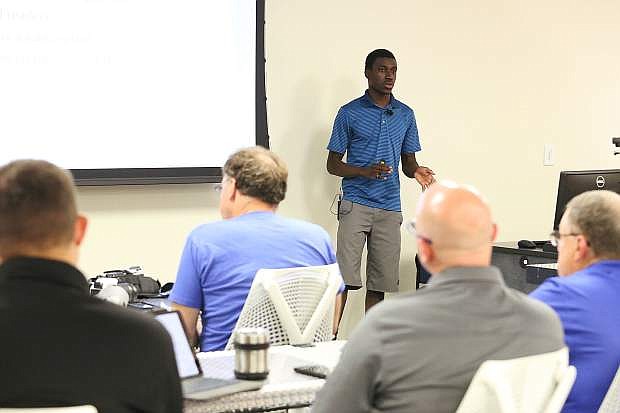 Sam Gbafa, CEO and founder of tech startup Lorable, a choose your own adventure platform, presents during a 1 Million Cups event on Wednesday, Aug. 8 at the UNR Innevation Center.