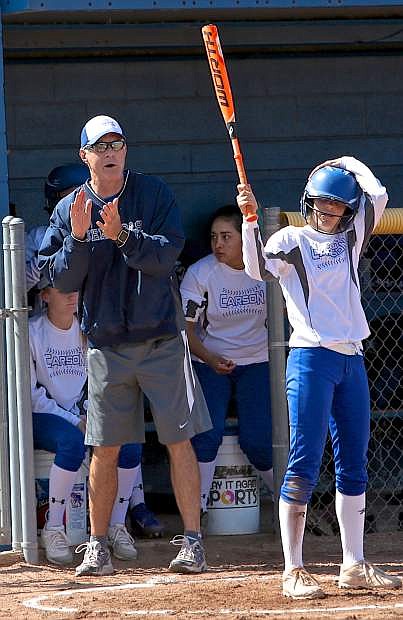 Coach Shane Quilling encourages his players Friday during the first game of a double-header with Galena.