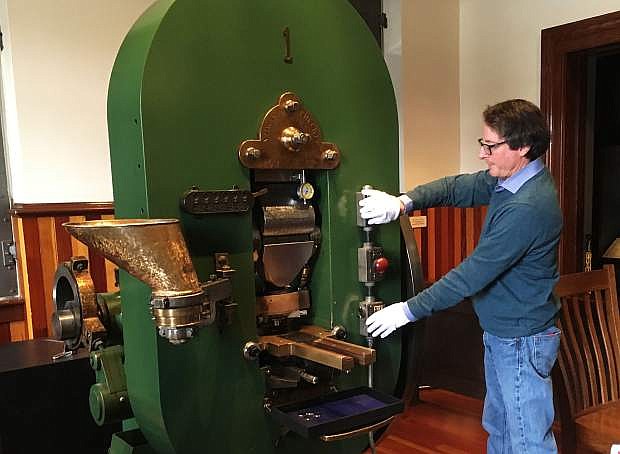 Nevada State Museum Director Myron Freedman operates Coin Press 1 during a demonstration in December. The museum will be holding monthly demonstrations the last Friday of each month.