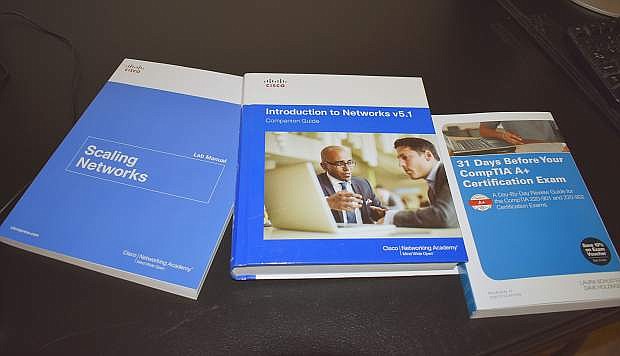 Some of the textbooks necessary for students at the Reno Technology Academy.