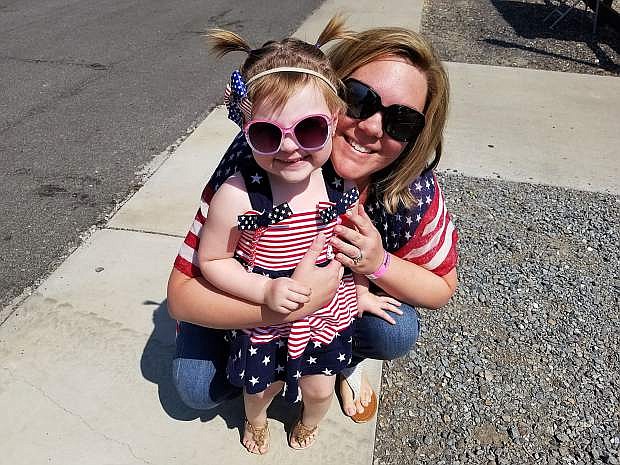 Madison Jarvis and her mom Angelynn were all dressed up and ready to ride the trains at the Nevada State Railroad Museum&#039;s Fourth of July celebration.