The Popcorn Stand: California Bear: So he had his margarita, he had his Jacuzzi, and now he’s ready for an hour nap. 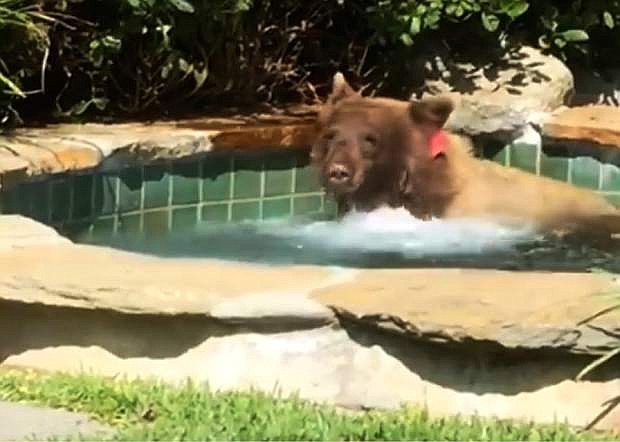 This Friday, June 29, 2018, image made from video released by Mark Hough shows a bear in a hot tub in Hough&#039;s backyard in Altadena, Calif. Hough said he was lounging in his Altadena backyard Friday afternoon when he heard rustling, then saw the bear climbing over a fence into his yard. He retreated inside, leaving his margarita behind, and later saw the bear in the hot tub. (Mark Hough via AP)