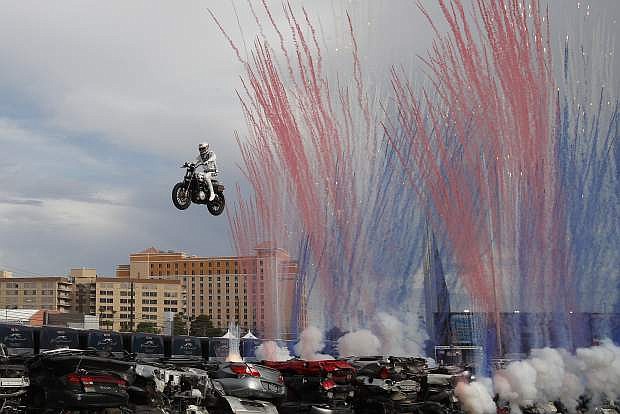 Travis Pastrana jumps a row of crushed cars on a motorcycle, Sunday, July 8, 2018, in Las Vegas. Pastrana is attempting to recreate three of Evel Knievel&#039;s iconic motorcycle jumps on Sunday, including the leap over the fountains of Caesars Palace that left Knievel with multiple fractures and a severe concussion. (AP Photo/John Locher)