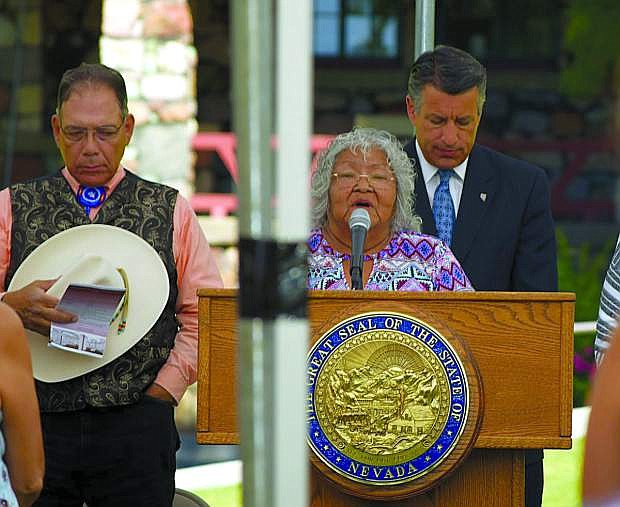 Dinah Pete of the Washoe Tribe of Nevada and California delivers a blessing for the construction of the Stewart Indian School Cultural Center and Museum, which is expected to open in the spring of 2019. Behind her is Nevada Gov. Brian Sandoval. Also pictured is Nevada Indian Commission Chairman Richard Arnold.