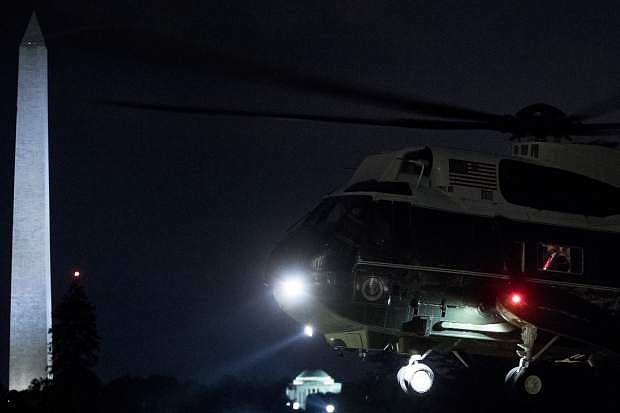 President Donald Trump with his red tie is visible in the window of Marine One as it touches down on the South Lawn of the White House in Washington, Monday, July 16, 2018, after a short helicopter ride from Andrews Air Force Base, Md. Trump returns following a meeting with Russian President Vladimir Putin in Helsinki, Finland. (AP Photo/Andrew Harnik)