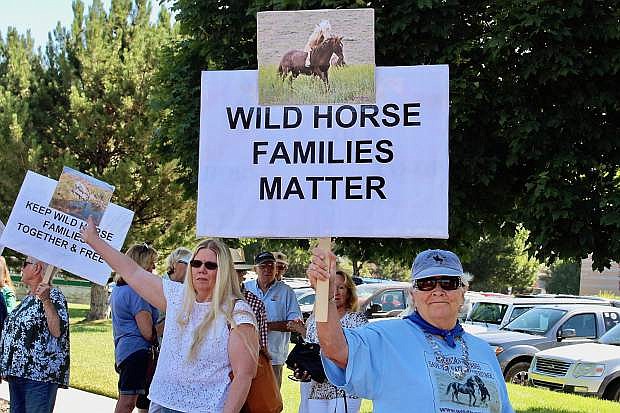 Bonita Young protests the Bureau of Land Management&#039;s plan to round up wild horses outside of Gardnerville alongside other members of the Pine Nut Wild Horse Advocates and the American Wild Horse Campaign.