California voters won’t decide in November whether to split state 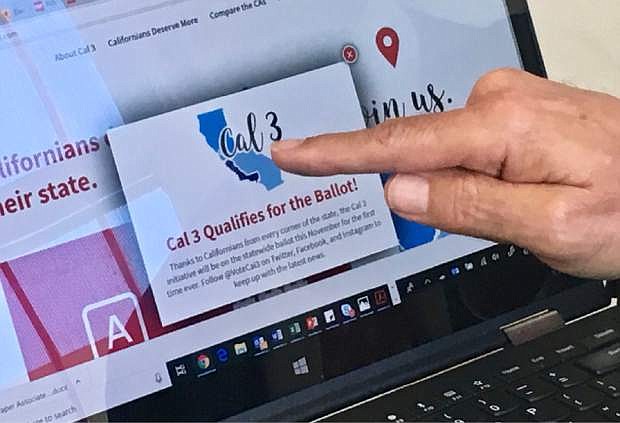 FILE - In this June 18, 2018, file photo, venture capitalist Tim Draper points to a computer screen at his offices in San Mateo, Calif., showing that an initiative to split California into three states qualified for the ballot. The California Supreme Court has blocked a measure that would divide the state in three from appearing on the November ballot. The justices on Wednesday, July 18, 2018, ordered the secretary of state not to put the initiative before voters, saying significant questions have been raised about its validity. (AP Photo/Haven Daley, File)