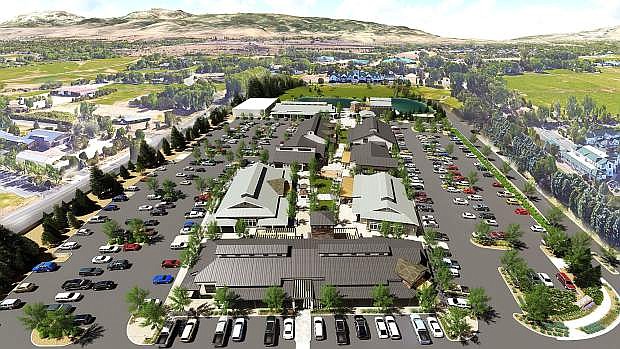 An aerial view of the planned Village at Rancharrah mixed-use project.