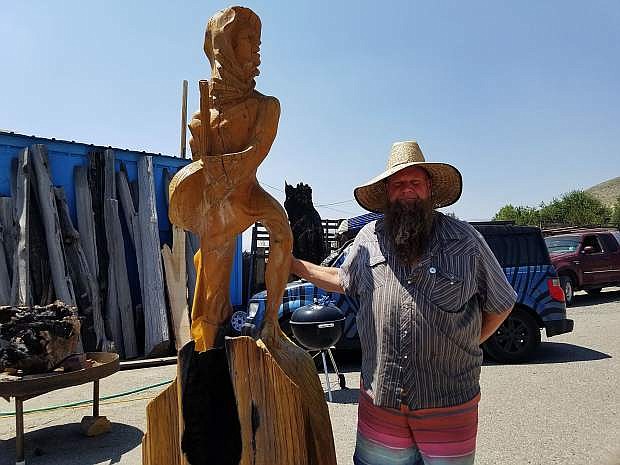 Matthew Welter, sculptor and owner, Timeless Sculptures, stands with one of his sculptures, Minute Man.