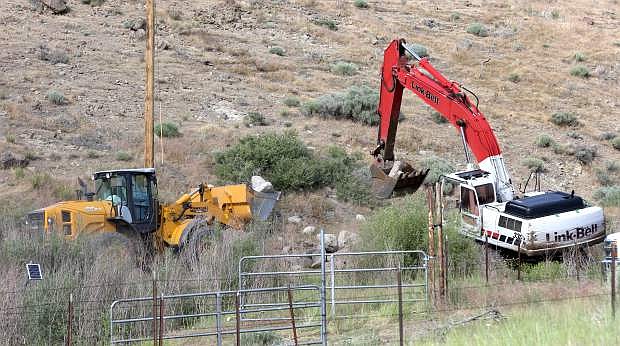 Crews work to fortify the earthen dam at Little Washoe Lake on Monday afternoon, which is in danger of a potential breaching.