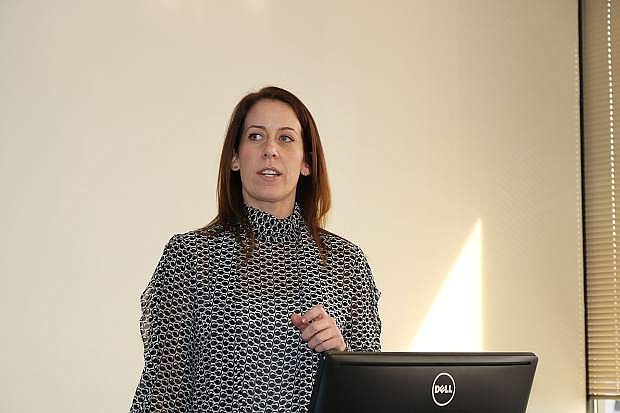 Marie Steele, manager of electric vehicles and renewable energy at NV Energy, speaks during the Electric Transportation Forum on Thursday, Feb. 22, at the UNR Innevation Center.