Finisher has one more job to finish 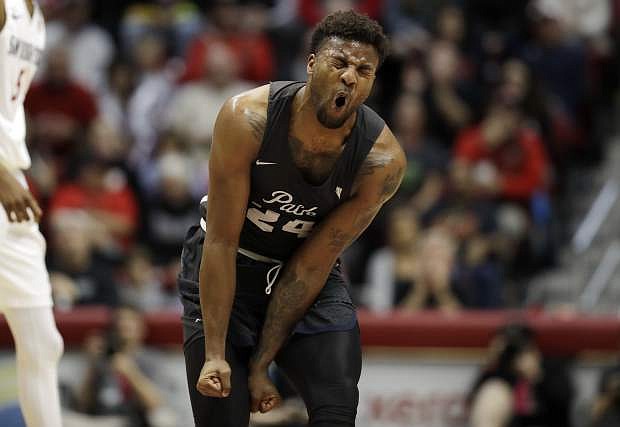 Nevada guard Jordan Caroline (24) reacts after turning over the ball during the second half of an NCAA college basketball game against San Diego State Saturday, March 3, 2018, in San Diego. (AP Photo/Gregory Bull)