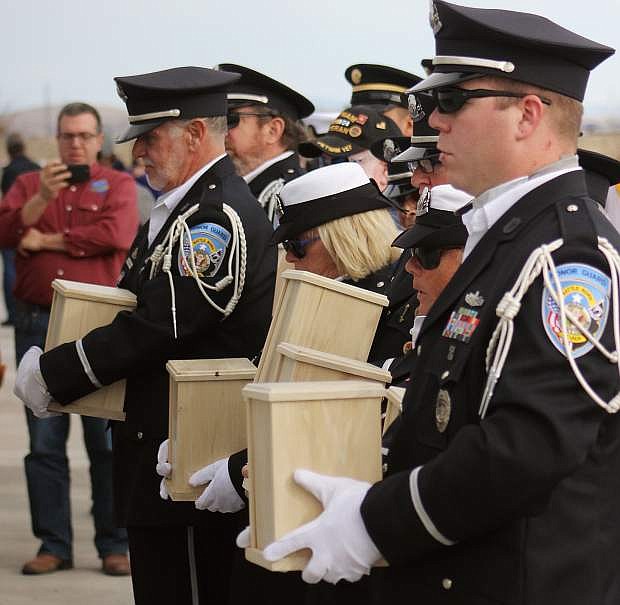 The Nevada Veterans Coalition will conduct a military service for 15 veterans this month at the Northern Nevada Veterans Memorial Cemetery. Members of the coalition place urns in the columbarium during the February service.