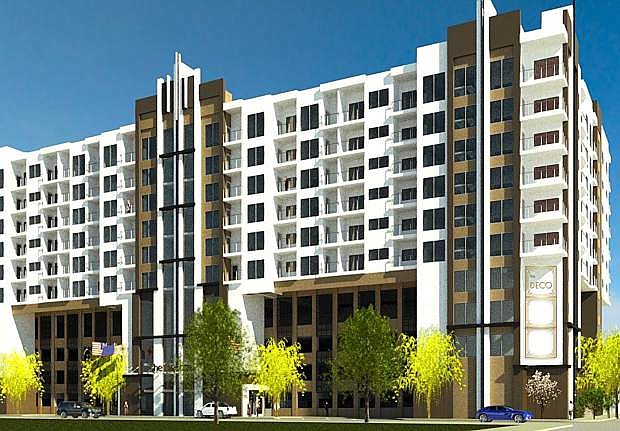 The Deco is planned to be converted from a parking structure near Victorian Square in downtown Sparks.