Nevada Wolf Pack fans kept on edge of their seats 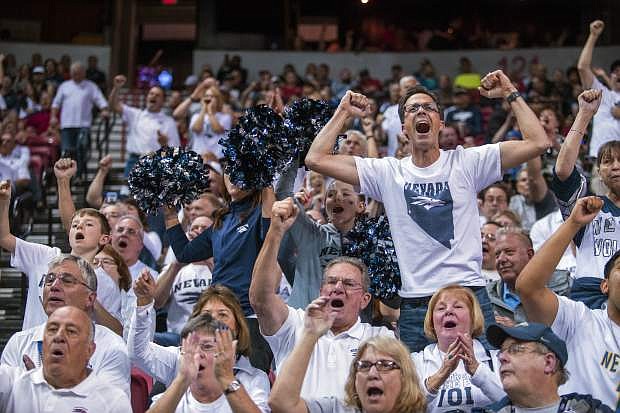 Nevada fans sing and celebrate as their team leads UNLV during the second half of an NCAA college basketball game in the quarterfinals of the Mountain West tournament Thursday in Las Vegas.