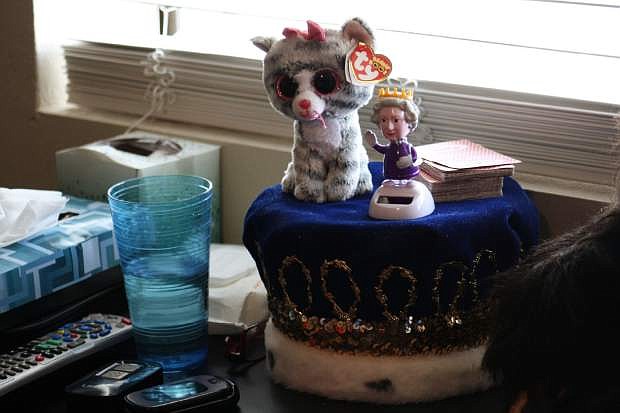 Dilley, who said he is related to royalty, displays his crown and Queen Elizabeth bobblehead given to him by his daughter.