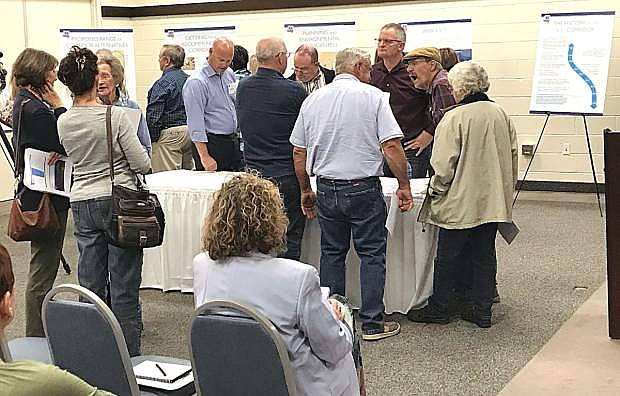 About 100 people attended a Nevada Department of Transportation public information meeting to discuss plans for the Interstate 11 corridor between Las Vegas and Reno.