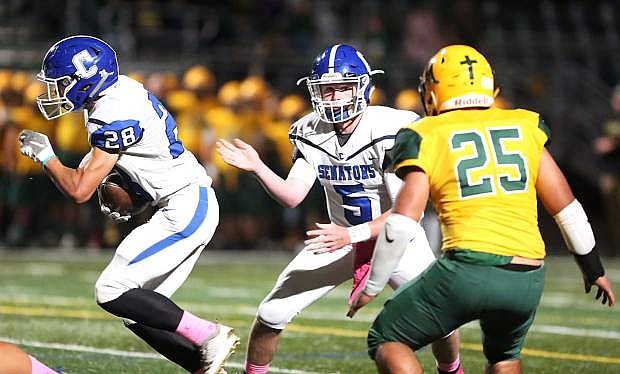 Carson quarterback Blake Menzel hands the ball off to Chance Smith during the first half on Friday night at Bishop Manogue.