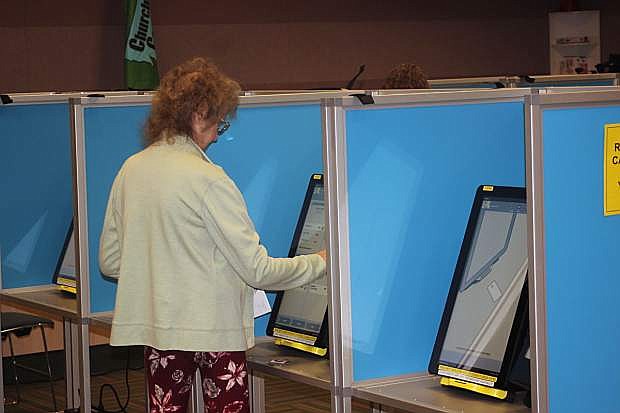 Residents take advantage of early voting that ends on Friday.