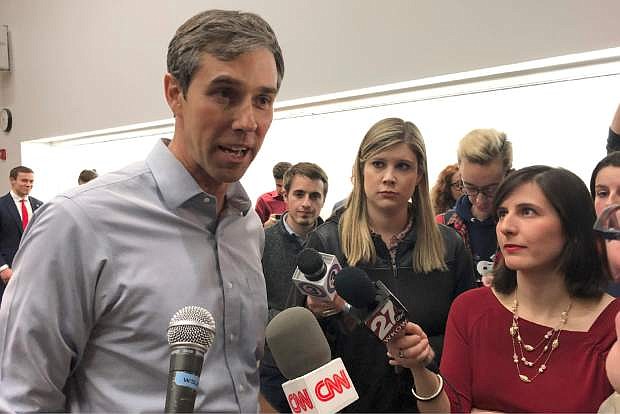 Beto O&#039;Rourke in Madison, Wis., on Feb. 15. The Democratic candidate for president will visit Northern Nevada on Thursday.