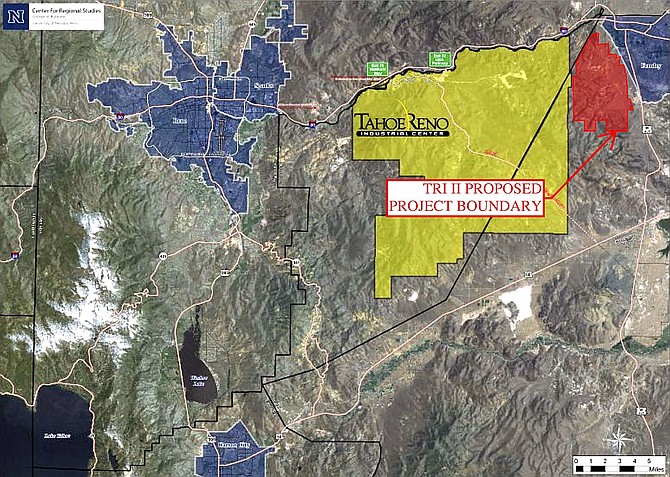 Up to 20,000 acres in Lyon County is proposed as a new industrial park to succeed the Tahoe Reno Industrial Center, which would share a boundary.