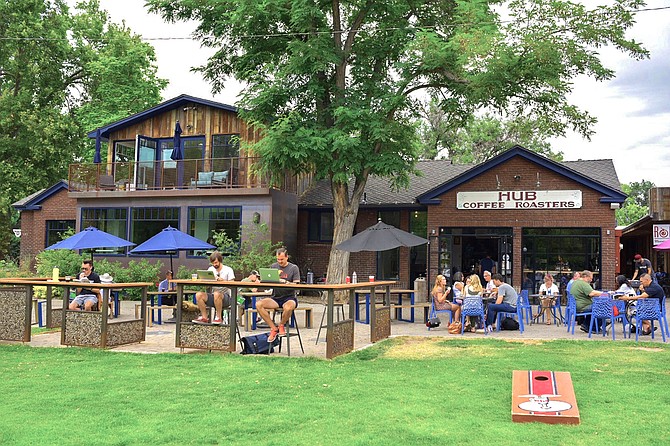 The main Hub Coffee Roasters location is at 727 Riverside Drive in Reno.