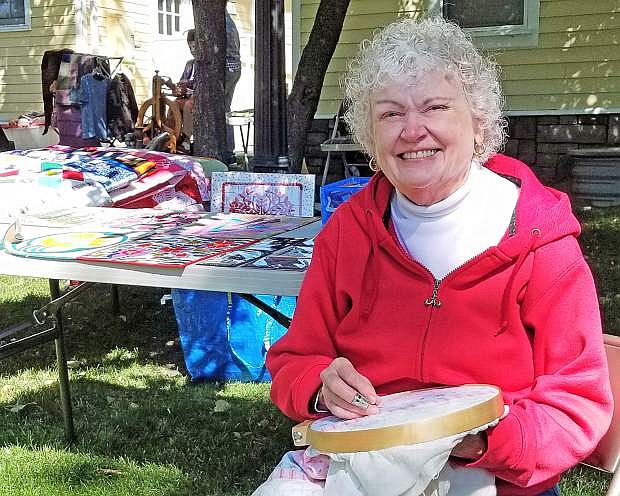 Quilter Maureen Cole recently showcased her quilting talents at the 50th Anniversary of the Nevada Historical Society at the Foreman-Roberts House.