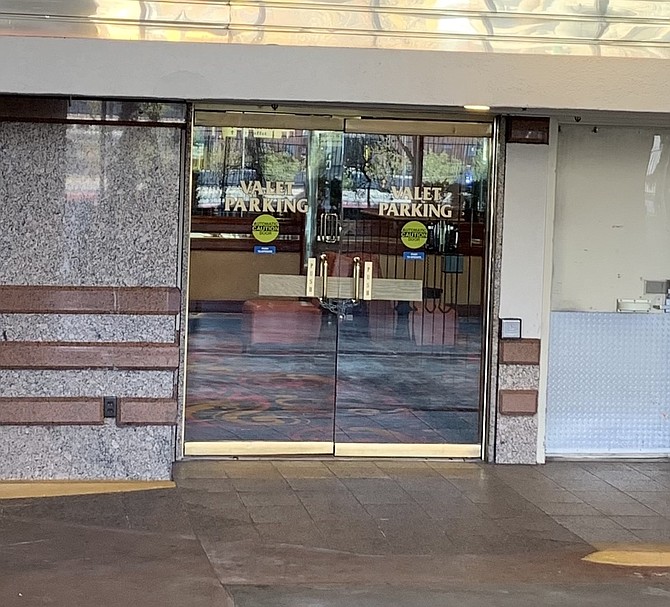 An entry into the Eldorado Resort Casino in downtown Reno is chained and boarded up on March 21, 2020.