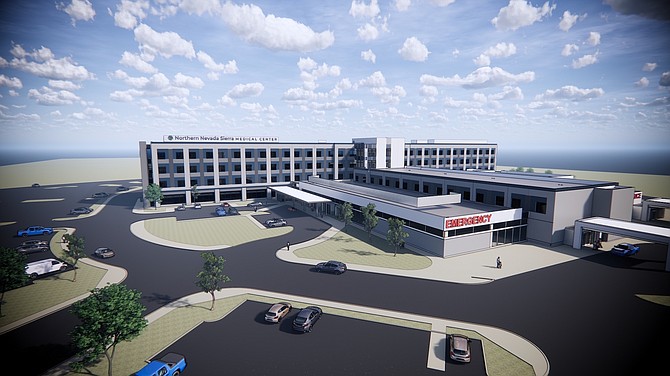 A rendering of the Sierra Medical Center, which will include 350,000 square feet of hospital and medical office space, that is projected to open in South Reno in 2022.