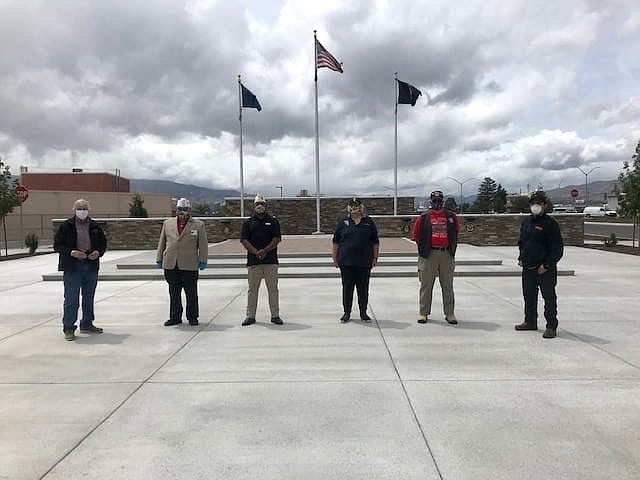 Richard &quot;Skip&quot; Daily of Local 169 gives $5,000 in grocery gift cards to the State Commanders of the American Legion, Disabled American Veterans, Veterans of Foreign Wars and Vietnam Veterans of America at at the Veteran&#039;s Guest House Parade Grounds.