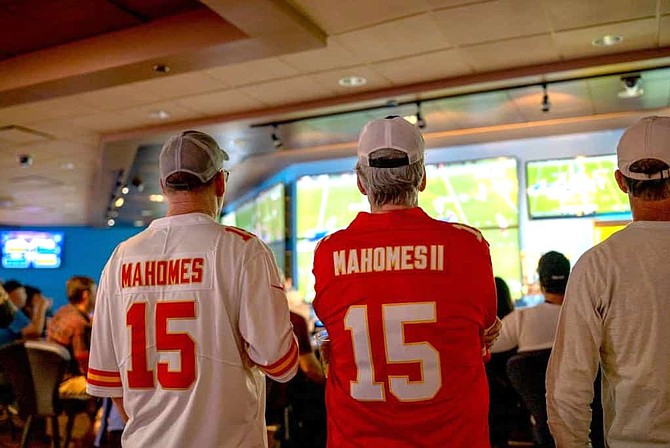 Fans watch the Super Bowl at the Hard Rock Hotel &amp; Casino in Stateline on Sunday.