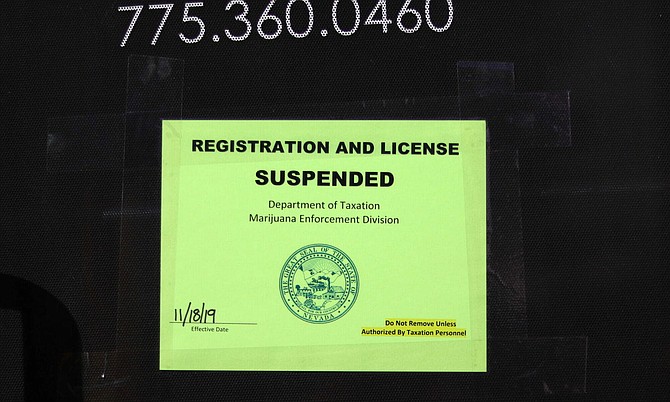 A sign on the front door of Certified Ag Labs, a marijuana testing lab located on Greg Street in Sparks, on Nov. 19, 2019.