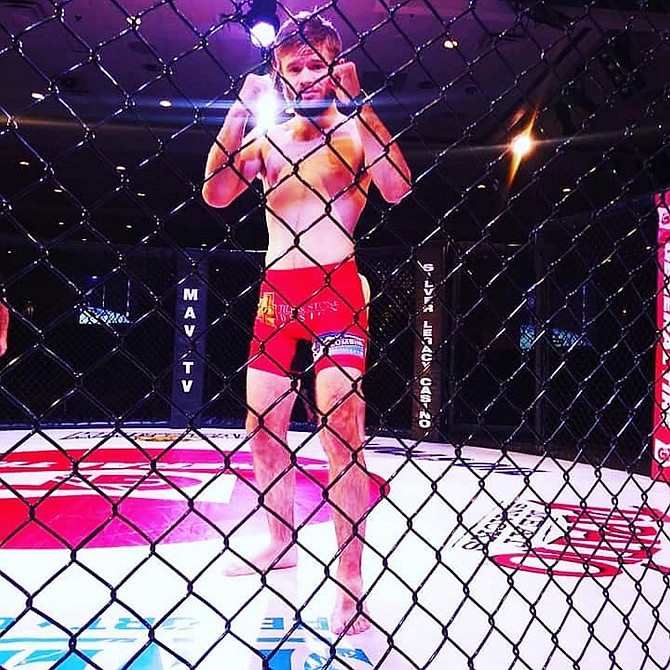 Brady O&#039;Keefe poses for a photo during his first appearance at King of the Cage Reno.