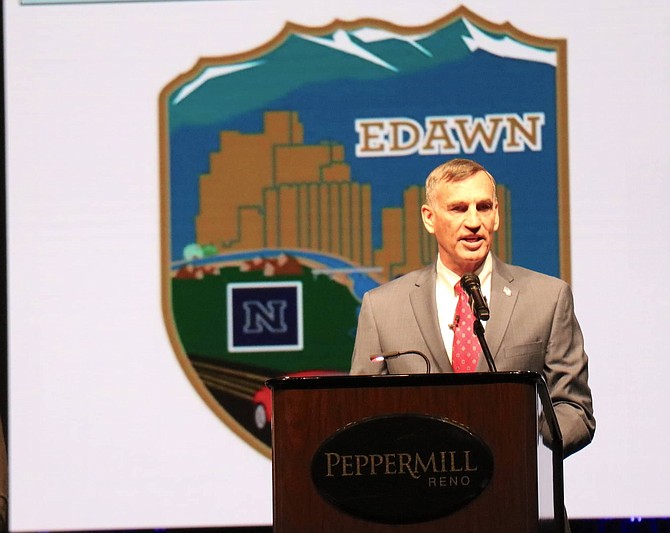 EDAWN CEO Mike Kazmierski speaks during the annual EDAWN State of the Economy luncheon on Thursday, Jan. 23. at the Peppermill Reno.