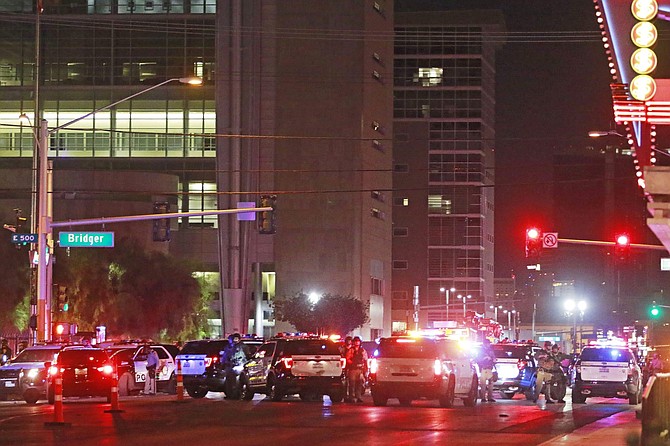 Police and rescue workers swarm the intersection outside Lloyd D. George Federal Courthouse, where shots were fired late Monday, June 1, 2020, in downtown Las Vegas. Police were in the area for a protest over the death of George Floyd, a Minneapolis man who died in police custody on Memorial Day.