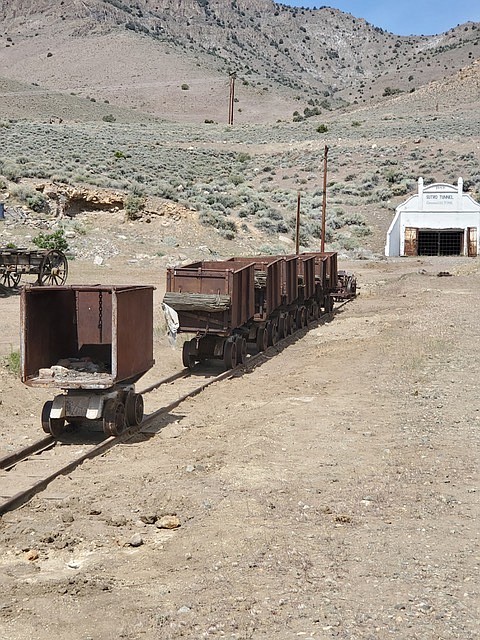 The Sutro Tunnel portal remains the most prominent feature of the site.