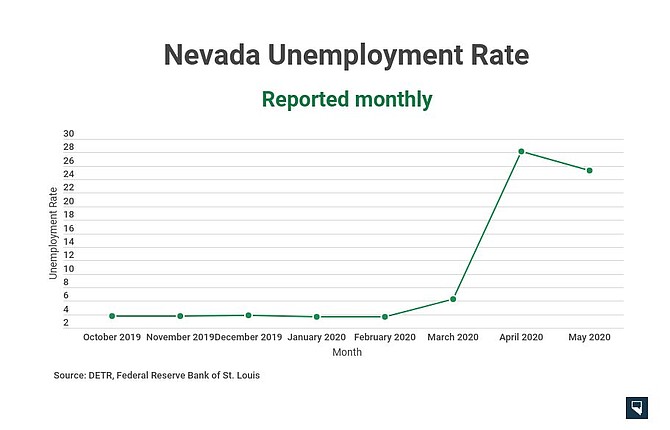 Nevada&#039;s seasonally adjusted unemployment rate as of June 17, 2020, with stats courtesy of DETR.