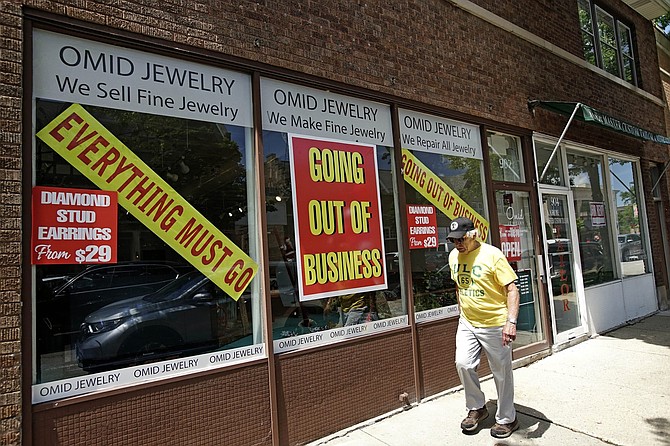 A man walks past a retail store that is going out of business due to the coronavirus pandemic in Winnetka, Ill., Tuesday, June 23, 2020. Illinois Gov. J.B Pritzker announced a package of state grant programs that will help support communities and businesses impacted by the COVID-19 pandemic and unrest in the area.