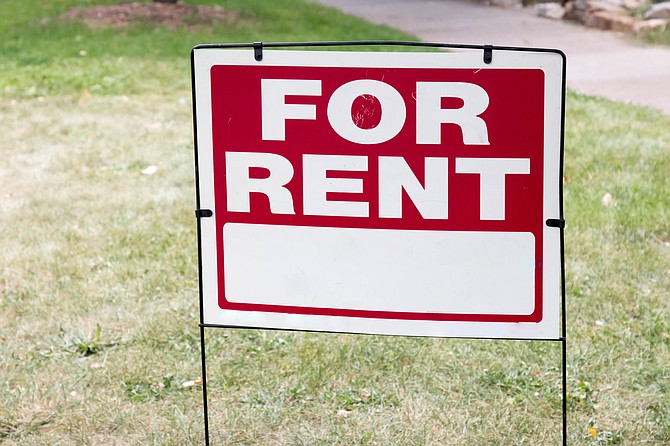 Image of a blank red and white &quot;For Rent&quot; sign posted on the short grass of a front yard. The For Rent sign is advertising to rent a home. There is a sidewalk behind the blank sign.