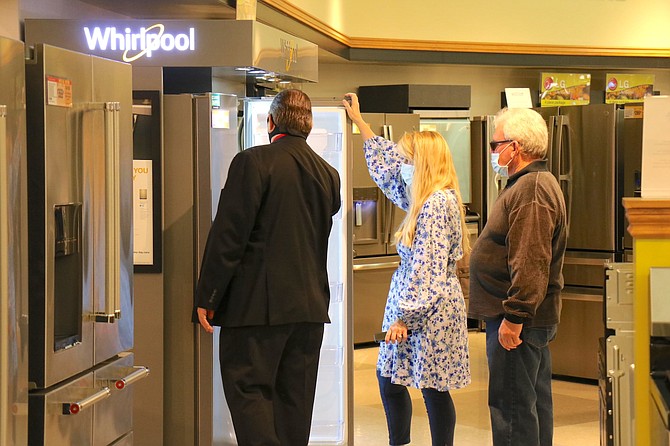 A sales associate, left, shows a new refrigerator to a couple at RC Willey in South Reno last week.