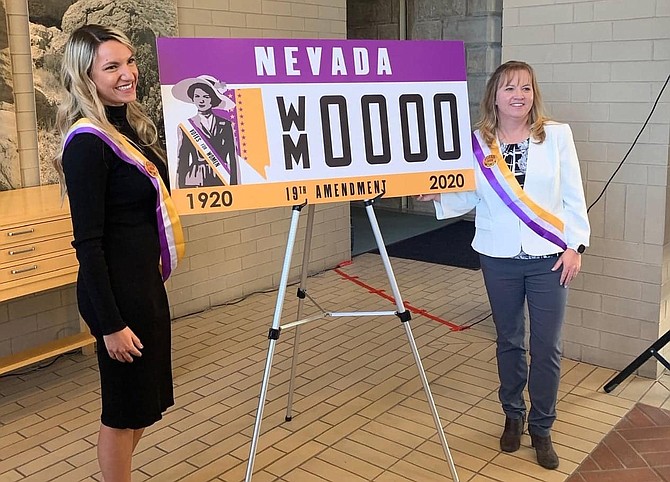 In this September photo, WNC student Maxine Thew, left, and Molly Walt of the Nevada Commission for Women pose with the specialty license plate they collaborated to create to commemorate the 100th anniversary of women being able to vote.