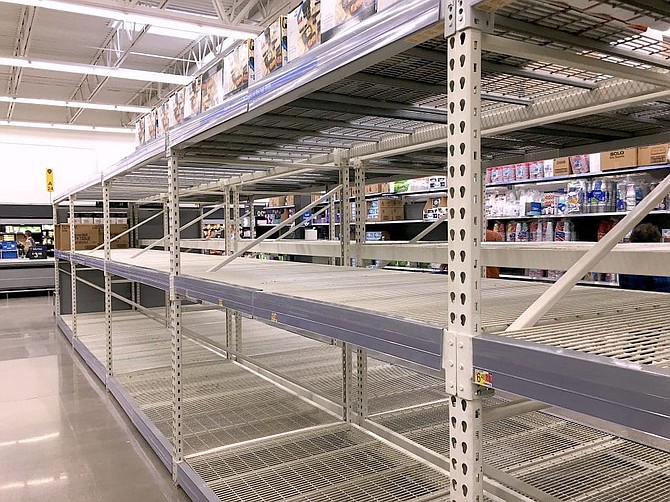 Grocery store shelves were bare of toilet paper on Nov. 20, hearkening back to the days of the March lockdown.