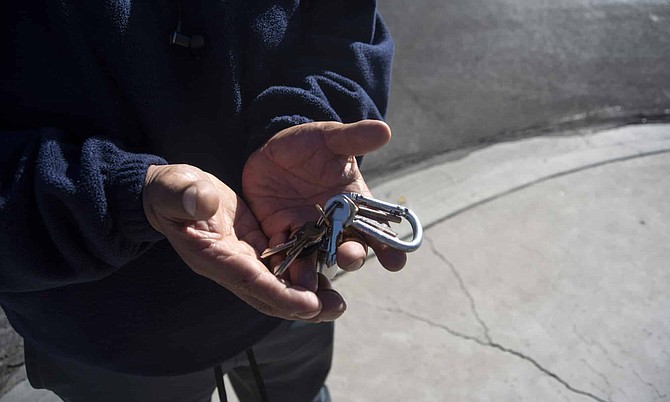 Enrique, who was recently evicted from his home, holds the keys to his truck in a Las Vegas neighborhood on Thursday, Nov. 12, 2020.