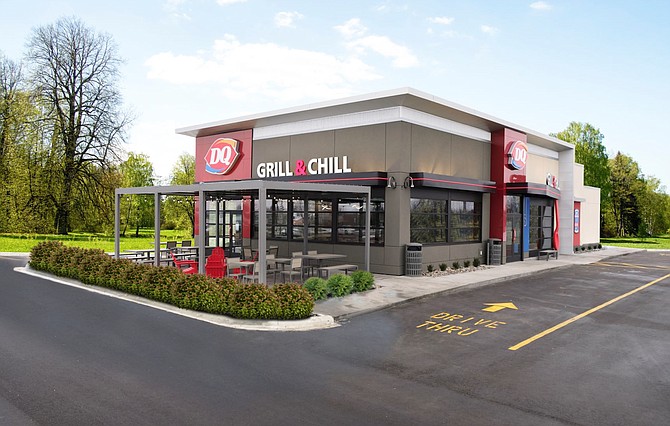 A rendering of a Dairy Queen Grill &amp; Chill restaurant, the concept the fast-food company plans to significantly increase in the Reno-Carson market.