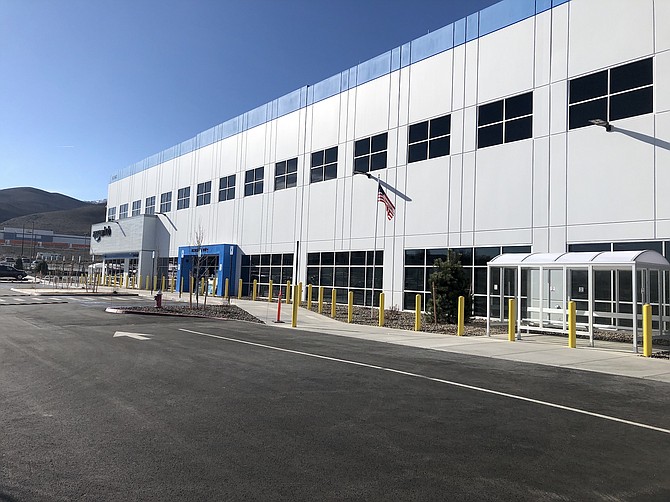 The first of Neal’s bills, SB314, would introduce new reporting requirements for high volume sellers, and her other bill, SB320, would establish regulations for the relationships between restaurants and delivery platforms. Both bills were heard Tuesday in the Senate Commerce and Labor committee.

During the hearing, Neal emphasized that the proposals would ensure greater transparency from newer online companies and help protect consumers and small businesses.

“My [tenure] in this Legislature has been focused on supporting small businesses and trying to help them go to the next level,” Neal said. “This bill is about transparency.”

As part of the requirements under SB320, food delivery platforms would need to be transparent about all fees attached to an order, including a disclosure of the commission charged to the restaurant — expressed as a percentage of the food purchase price.

“Requiring the disclosure of that private information would hurt restaurants competitively,” Hannah Smith, a Grubhub government relations manager, said during the hearing. “And [it] is akin to having grocery stores disclose how much they paid for produce prior to having their customers check out.”

Other delivery platforms, including DoorDash and Uber Eats, voiced concern over the disclosure of that commission fee, as representatives of those companies said that fee is a part of the private contract terms negotiated between the delivery platform and the restaurant.

They also pushed back against a provision enacting a 20 percent fee cap for online orders on the commission a delivery platform can charge a restaurant. However, that cap would only apply during an emergency declaration issued by the governor.

But Kristen Corral, a co-owner of Las Vegas-based restaurant Tacotarian, said that the standard practices of food delivery platforms are predatory.

“The average fee per order on the big three platforms is somewhere between 30 and 35 percent, and for most small businesses, and especially BIPOC businesses, these are non-negotiable.” Corral said. “During the beginning of the pandemic, our Tacotarian Southwest location paid nearly $7,000 in a few months in just third party delivery fees.”

Laura Curtis, a government relations manager for DoorDash, explained that the commission fee includes payment for other services beyond just the delivery service.

“When restaurants choose to partner with DoorDash, they agree to pay fees not just for delivery and pickup but for a wide range of optional services, such as advertising and marketing,” Curtis said. “For example, some restaurants may pay a higher fee for marketing options to attract new customers or expand their delivery radius.”

Proponents of the bill said the need for greater transparency from delivery platforms was crucial at a time when many restaurants are reliant on those platforms, with pandemic-related capacity restrictions still in place.

Neal’s other bill heard during the Tuesday meeting was SB314, which would require high volume online sellers — defined as marketplace sellers that make 200-plus sales exceeding $5,000 in gross receipts annually — to report specific business information to the online marketplace they operate through, including business name, address, phone number and email address.

The bill was opposed during the hearing by Amazon — which recently engaged in a Twitter spat with Sens. Bernie Sanders (I-VT) and Elizabeth Warren (D-MA), prominent critics of the company’s business practices. Another group of online marketplaces, including eBay, Etsy and OfferUp, sent in an opposition statement to the bill.

“A legitimate seller would be suspended from conducting business if they are unable to gather the materials required by this legislation,” said Mike Shutley, a public policy manager for Amazon. “The seller verification process in this legislation creates more bureaucracy, not more transparency.”

During the presentation of the bill, Bryan Wachter, a lobbyist for the Retail Association of Nevada, pointed to the financial impact of counterfeit goods and organized retail crime as reason for the measure — in 2019, the National Retail Foundation found that 97 percent of retailers had been victimized by organized retail crime.

The bill received support from the Vegas Chamber and Reno Sparks Chamber of Commerce, as well as Home Depot.

John Dillon, a government relations manager for the company, said that Home Depot sees a need for the legislation because of the growth of organized retail crime and that the bill would help provide greater transparency to consumers, as they make decisions about making safe purchases online.

“This bill is about parity among businesses, greater transparency, protecting Nevada’s families and consumers from fraudulent products and goods [and] from criminal activity,” said Paul Moradkhan, vice president of government affairs for the Vegas Chamber.

Tuesday’s hearing marked the first presentations for both bills. The committee did not vote on either bill.